Since the AESWave SmartBOB always seems to be out of stock these days, I was considering the GODIAG GT100, because it looks pretty capable, and the price is competitive. After collecting the suggestions from other users, I finally bought this Godiang ECU connector.

I got my hands on GT100 last week. Gotta say it’s well worth the money!
It works perfectly as a BOB. Works even better when bench testing modules. The test harness it comes with has enough power/ground/CAN/network pins to connect to everything I had on hand. I tested a ’13 Sentra PCM and a’04 GM BCM with no problems.
It works well as a memory saver. I’ve done three or four battery replacements now with no problems.
My coworker has his own Zeus with the wireless dongle. After having left it in customers’ cars a couple times, he figured out the best way to not lose it was to leave the dongle connected to the GT100 and bring both along everywhere. Like a big ‘Remove Before Flight’ tag. 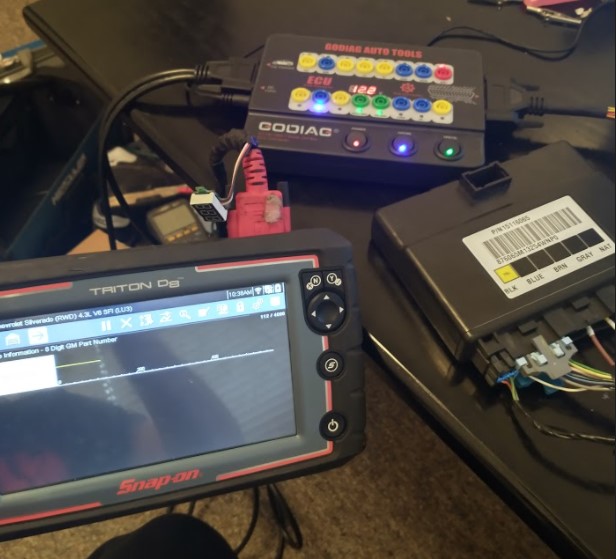 Some friends also shared their thoughts about GODIAG GT100.
@juergen.scholl:
I completely agree with you. The gt100 working very well both bench testing and in car/bob. Additionally, it is cheap moneywise.
An expert is someone who knows each time more on each timeless, until he finally knows absolutely everything about absolutely nothing.

@Wightscope:
I really don’t need one as I have a basic unit already, … but look at all those blinking lights and shiny bits, and switches.
I’ll have to think up some spurious reason to buy one, just because.!
– Even though it does annoy me that the pin positions are wrong relative to the socket, I’ll get over it.

Not that I need one anyway of course…

Got this godiag gt100 obd2 breakout box a few days ago, have to say that it’s great value… even for a tool I didn’t strictly need.